We’ve been busy working with Avid to implement their new Cloud interface version 2. This brings a fresher interface to our scores and the ability to play and print from your iPhone or iPad. The controls have moved to the bottom of the screen which helps mobile users but we’ve asked for that to be configurable together with a few other tweaks.

Our database has now grown to 120,000 arrangements and we have been busy separating songs with the same titles into different songs, adding album titles where useful and albums as collections of songs.

And to end here, just in case you like a bit of classic 60s Jazz, here’s a couple of arrangements of Thelonious Monk’s Off Off Minor 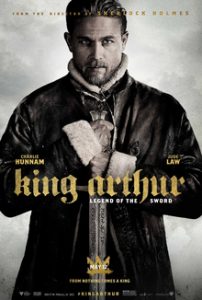 We’ve been pretty quiet whilst working on some sizeable projects. Sorry about that but we’re back with an important update – 90% of our scores can now be previewed, transposed and played using your browser. No more plug-ins! The Scorch plug-in was fantastic for many years, for which we are grateful, but as support was slowly dropped by browsers, for a lot of plug-in types, we had to find something different. So we have introduced the AVID sheet music player. You need to have a reasonably uptodate browser – Chrome v39+, Firefox v34+, Internet Explorer v10+ and they should all work on the Mac and Safari 8+ (requires OSX Yosemite) also works.

This also, of course, means you can view your entire scores once purchased and print them off. Note that this does not yet work from most mobile devices. Also this applies to new purchases only at this time.

So give it a go! Check out out Adele’s Chasing Pavements sheet music or one of own arrangements like some fun versions of https://www.greatscores.com/Three_Blind_Mice/sheet-music/1003775

Let us know how you get on!

There are many musical themes that we are familiar with these days outside of their original context, as they have been used in tv commercials or films, in a striking and memorable way. For example, a famous melody from a classical piece of music is known to most people in Great Britain as The Hovis Theme. Of course Mr Hovis didn’t write it, and in fact it was written well before the actual composer would have had the chance to enjoy a slice of the aforementioned bread whilst composing his piece. And as the composer was Czech, and wrote the piece in America, the connection to England is getting really tenuous. Never mind the fact that no-one else in the world would know what you were on about if you referred to “The Hovis Theme” to, say,  a Canadian, or even tried to engage a Parisian in conversation by referring to “le thème de hovis”.

Other themes however have a more global recognition, for example the piece that is used at the start of Stanley Kubrick’s “2001: A Space Odyssey”. In fact that piece is the opening section of the rather cumbersomely titled: “Also Sprach Zarathustra”, German for “And so spoke Zarathustra”, Zarathustra being the Persian prophet and founder of Zoroastrianism. No wonder people remember it as “the piece from 2001”. It was written by Richard Strauss, not to be confused with Johann Strauss II, who wrote “The Blue Danube”, which is also featured in “2001” but much later in the film, in the bit where the spacecraft docks with the space station dock, and the twoseem to be performing some beautiful celestial waltz with each other (The Blue Danube is, rather fittingly, a waltz).

The problem of course is, if you want to buy these tracks or play the sheet music for them, it’s a bit tricky to find them if you only know them by their popular reference. So here is a little roundup of some of the most famous ones and what they are actually called and whom they are written by:

The Stella Artois Theme – was actually written for the movie Jean De Florette by Jean-Claude Petit.

The piece of music they blast ouf of the helicopters in Apocalypse Now – is actually “The Ride Of The Valkyries” from Richard Wagner’s famous Ring Cycle.

The British Airways Theme is actually a piece entitled The Flower Duet from the opera Lakmé by Léo Delibes.

The aforementioned piece that accompanies a spaceship docking with a sapcesation in the film 2001 is The Blue Danube Waltz by Johann Strauss II.

The Opening theme From 2001  is actually the opening theme from Also Sprach Zarathustra by Richard Strauss (no relation to Johann).

The Theme at the end of Ocean’s 11 is actually Clair de Lune by Claude Debussy.

And finally The Hovis Theme is acually the Largo movement from The New World Symphony (Symphony No. 9 in E minor) by Antonín Dvořák.

We hope you enjoyed that!

We have plenty of versions of the original piece, tiered by levels of difficulty, but we dcided it would be good fun to turn this piece into a Boogie-Woogie, as the melody and harmony of the piece lend themselves to the Boogie treatment rather well. The sheet music is available here.

In the video I also go over some of the technical aspects of playing the left hand patterns that occur in the piece (from 1:48 onwards). I actually change between two Boogie patterns in the piece – something not normally done on a Boogie Woogie composition, which usually sticks to one type of left-hand pattern.

Well how did that happen? Korean raper PSY (real name Park Jae-sang) releases his single Gangnam Style on the 15th of July, and a few months later it is a world-wide hit, taking everyone, including PSY, by surprise. I think it’s all to do with the dance. Remember The Ketchup Song, which had a similarrly catchy dance attached to the song? Or YMCA?

It’s great when you have these global events, when one song or movie or event takes the whole world by storm, and even has tufty world-leaders joining in (see heads of state trying to perform “Gangnam Style”). The tune is in the style of K-pop (Korean Pop Music), and of course we have the sheet music for it  here.

But where does “Gangnam” come from. Well it apparently refers to the Gangnam district in Seoul, which is one of the most well-off parts of the Korean capital, hence the references to Gangnam style, i.e. living it up.

Here is the official video:

This video is also quite funny, where PSY is helping teach the commentary team from BBC One’s Formula One coverage the Gangnam dance during the Korean Grand Prix (Former F1 driver David Coulthard, former F1 team owner Eddie Jordan and presenter Jake Humphrey are trying out their dance moves here)

The Beatles set this record as long ago as 1964 – to put this into historical context this was the year that the death penalty was abolished in Great Britain, Nelson Mandela was sentenced to life imprisonment, interest rates in England were at 7% and a loaf of bread cost 21 cents in the US. Seems like a long time ago?

All 6 tracks in the current top 100 are from the new Mumford & Sons album Babel, which became the band’s first UK Number One Album.

Here is the video for Little Lion Man

Coldplay have just announced that they will be realising a live album and live concert dvd to go alongside the hugely successful album Mylo Xylotl, which was released last year (2011). The band commented:

“We don’t tell anyone all the darker side of things, We’ve been through all the break-ups and addictions and all that. But we have a chemistry that no one else in the world has so we don’t mess with it.”?


Mylo Xylotl included the singles Every Teardrop Is A Waterfall Paradise, Charlie Brown, Princess Of China and Hurts Like Heaven, and reached the Number One album slot in no less than 34 countries.

Music Industry Maverick Beck Hansen has decided to pull yet another unconventional trick out of the hat. Rather than releasing his next album, the appropriately titled Song Reader, as a standard audio album, available on cd, as an mp3 download, or even vinyl, there will be no recording to purchase.

Yes you did hear that correctly – rather than spending hours in the studio perfecting takes and mixes, Beck has decided that his 11th album will be released as sheet music only.

According to our friends at Faber Music, Song Reader will include a foreword by Beck, artwork by artists such as Marcel Dzama, Leanne Shapton, Josh Cochran, Jessica Hische, and the physical product will also contain 20 booklets encased in a hardcover.

There will however be “cover-versions” of the songs, which will be posted online and performed by Beck’s friends.

Now we at Great Scores obviously love sheet music, but the whole concept does beg the question of how fans who do not play an instrument, or do not read sheet music are supposed to savour the songs? However it could also be that Song Reader could be a very clever (marketing) idea, resulting in a handful of excellent covers by famous stars. Then again, maybe the famous music stars can’t read sheet music either (Louis Armstrong and Paul McCartney famously could/cannot read music).

Regardless, we will be sure to let you know when the digital version of Song Reader is available for download from Great Scores!

Welcome to the third part of our Great Muppets’ Musical Moments series. Today we’ll take a look at Harry Belafonte’s turn as the star guest of The Muppet Show. As well as sharing a drum solo with The Muppets’ Drummer, Animal, he sings one of his biggest hits, The Banana Boat Song with a Muppet ensemble.

For those of you who are not familiar with Harry Belafonte’s music: he was born in New York, but spent part of his childhood at his grandmother’s in Jamaica. As a struggling young singer in New York he became friends with the then also not yet discovered actor Sidney Poitier, and the two were so poor they used to share theatre tickets, switching places during the interval when one would let the other know the state of the play.

Belafonte’s big break cam in 1956 with The Banana Boat Song (Day-O), which introduced the wider world to Calypso music. On the same album as Banana Boat Song was the also highly successful Jamaica Farewell.

Enjoy Belafonte’s lovely voice with the comedy of The Muppets.