We have 12 songs for Michael Giacchino: Ratatouille Sheet Music

Those people at Pixar have wild imaginations. A rat, a culinary exemplar, a cooking marvel, in a top class Parisian restaurant. Well why not?

But we are here for the music which, as usual, doesn't let us down. Song writer Michael Giacchino got his first Academy Award nomination for Best Original Score as well as his first Grammy Award for Best Score Soundtrack Album.

The Remy the Rat Sheet Music is below 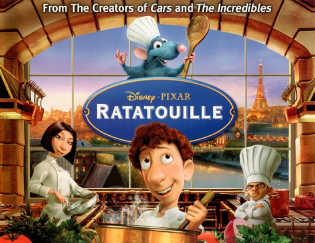